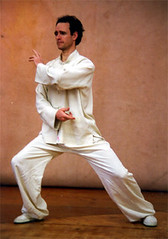 As regards the exact origin of Tai Chi Chuan, one story says Chang created Tai Chi as the result of a dream he had. Another story had Chang observing a conflict between a bird and a snake, alleging his observations served as a basis for Tai Chi. In either case, Tai Chi certainly exemplifies principles drawn from the Taoist tradition and from the I-Ching. Quite a number of excellent books are available today detailing the origins and philosophy of Tai Chi. The curious reader is referred to those many volumes currently available for further information.

Since Chang’s day there have evolved several different styles of Tai Chi Chuan. Aside from those factors that distinguish the different styles it is true, as well, that individual teachers often have their own idiosyncratic approaches. Though the different systems vary in ways that lend each its particular identity there are also denominators common to each. Following is a primer to familiarize the reader with the most common and beneficial aspects of traditional Tai Chi Chuan.

The Tai Chi Classics say… “Tai Chi can make you Solid as a Mountain, Supple as a Willow, and Fluid as a Great river,”

In today’s high tech world even the most basic of our needs have become conspicuously dependent on technological gadgets of one sort or another. Activities as simple as walking or running call for special shoes, pulse monitors, or treadmills (even the lower end models being fully computerized for maximum convenience). In refreshing contrast to this state of affairs we are gifted with the ancient art of Tai Chi Chuan. No designer lycra outfits, no digital thingys, no rackets, bells, or whistles… Tai Chi is decidedly low tech.

Tai Chi Chuan is the most widely practiced martial art – health care system in the world today. In China, millions of people commit to beginning each day with its practice, this due largely to the fact that Tai Chi is understood to offer those who practice it a range of benefits, tangible and otherwise, for mind, body, and soul. 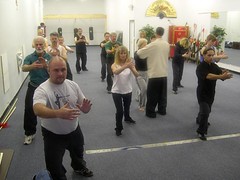 As we approach the millennium, Tai Chi has become firmly rooted in our own culture as well. Only recently have organized studies aimed at exploring the reputed benefits of Tai Chi, yet centuries of empirical evidence lays claim to Tai Chi’s efficacy. In China, Tai Chi has typically been indicated for back or knee problems, hypertension and stress related issues, circulatory or nervous system disorders, addictions, arthritis, or even asthma. There is little question that Tai Chi has a great deal to offer.

Today almost everyone has had some exposure to Tai Chi via the various media. Film clips or documentaries on China often depict (albeit briefly) groups of people in parks or on river banks practicing early morning Tai Chi exercises. In China, the parks and waterfronts are taken up by people who begin each day with this healthy slow motion routine. The Chinese regard Tai Chi as an official exercise and as a national treasure because of the effective manner in which it contributes to their vast population’s wellness and reputed vitality, so important for a country historically lacking in sophisticated medical resources.

Tai Chi made its first leap forward into the American stream of consciousness back in 1993 with Bill Moyers’ critically acclaimed PBS series “Healing and the Mind.” Since that time Tai Chi’s growth in this country has been exponential. Yet a clear understanding of the purpose and intricacies of this ancient art remains elusive, even for teachers experienced in other fields of martial arts, let alone for the average lay person. Tai Chi is like the proverbial iceberg in that there is much more to it then meets the eye.

By way of explanation, Tai Chi Chuan is a generic term; there are several different styles of Tai Chi popularly practiced. Common to each of the different Tai Chi systems is a slow motion movement routine. Beyond that the differences depend on which teacher you talk to though one thing Tai chi emphatically is not is slowed down Karate or Kung Fu. The principles of genuine Tai Chi differ fundamentally from those of harder style martial arts. Tai Chi as a martial art maintains its own autonomy.

Although Tai Chi’s benefits are wide ranging and not limited to those listed below, its practice is understood to be of particular value in four regards. These four regards are 1. the cultivation of Chi, or life force energy, 2. exercising and conditioning the body on a very deep level, 3. learning to understood and apply the inner structure of the body, and 4. learning to be in the moment. Some of these ideas may seem a bit foreign and difficult to grasp at first, but concealed within these concepts is the magic that Tai Chi has to offer. It is the actual living of these principles which enables the Tai Chi practitioner to experience renewed health and wellbeing on all levels as well as a feeling of being more integrated both with one’s self and with one’s environment.

“Life Force Energy,” or Chi (Qi), is what animates humans as individual living beings. Each of us already has Chi energy regardless of whether or not we feel it. Chi has an inherent polarity, roughly analogous to that of electricity, as denoted by the terms yin and yang (vs. positive or negative). As we grow older this polarization, left unchecked, can contribute to disharmony as well as disease and can accelerate our own aging process. As a corrective (or preventative) measure Tai Chi Chuan exerts a gentle balance on one’s life force energy and promotes improved health and longevity and an enhanced quality of life.

Cultivating a reservoir of Chi for self healing or for martial purposes does entail a very specialized approach which is best learned from others, themselves knowledgeable in such practice. In other words, Chi cultivation, and Tai chi in particular, cannot be easily learned from books or videotapes. Books or videos can help you to learn about Chi or Tai Chi, but in a way that is different from knowledge derived through direct experience under the guidance of an instructor. In order to learn Tai Chi the student must find a qualified teacher. 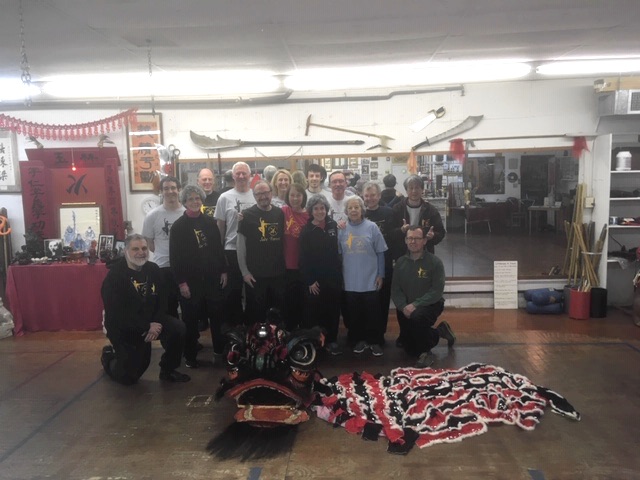 Tai Chi body conditioning is unique in how it simultaneously challenges and addresses the needs of body and mind. Slow, gentle, and continuous, Tai Chi stretching increases the body’s range of motion while improving muscle and soft tissue tone and resilience. This manifests on a level deep enough to begin to counter the long term effects of chronic stress, tension, and pain which many people carry. Tai Chi students often find themselves, after just a few months of practice, able to enjoy activities and a freedom of movement thought long lost.

The “inner structure” of Tai Chi refers to the anatomically correct alignment of the skeletal frame and connective tissues. Advanced level Tai Chi is quite precise and entails an exact, and often frustratingly subtle, positioning of the body’s various components. The bones, tendons, and ligaments must be aligned ‘just so’ in order to facilitate a mechanical advantage in movement. In contrast to other fitness approaches, Tai Chi’s reputed power requires that you relax the muscles rather then tense them. (This idea, to accomplish more by doing less, is not entirely congruent with the prevailing approach to problem solving here in the west.) The subtleties of this “less is more approach” can be surprisingly challenging and can take quite some time to master, but once grasped the benefits of improved posture and economy of motion become self evident.

Finally, we have “learning to be in the moment.” As simple as this sounds it is probably the concept most challenging to the average westerner. Each of us is deluged from the moment we wake up each day with a barrage of sensual stimuli. Such is modern life. We often find ourselves preoccupied with the world around us and spend the greater part of our waking time (and all too often our sleeping time as well) dealing with it; buying it, selling it, wearing it, listening to it, eating it, watching it, and otherwise trying to secure it for ourselves or trying to secure our place in it. Tai Chi teaches us that there is another world, equally vast, and equally important… the world within.

In Taoism it is said that whatever is outside is also inside. If we spend our lives zipping down the highway, so to speak, how much will we miss at life’s roadside? The slow motion approach of Tai Chi doesn’t just allow, rather it compels an enhanced state of self awareness. Tai Chi Chuan students learn to cultivate two important concomitant states, those of attention and intention, into one. This facilitates personal clarity and allows us to proceed through life in a more conscious, deliberate, and enriching manner. As such, these are important ‘ingredients’ in evolving towards better health and towards a sense of feeling more fully integrated as human beings.

Now this may all sound great, but the tricky part is to do it right as practicing incorrectly will fail to produce the desired results. It bears repeating that in order to learn Tai Chi well and derive all the aforementioned benefits one must have a suitable guide. Tai Chi Chuan is indeed delightful to watch, and it is true that just observing someone practice the Tai Chi form can induce a feeling of calm and wonder. But, to use the iceberg metaphor once again, that which is really important in Tai Chi is hidden from the casual observer’s view. It is the internal experience of Tai Chi which is so valuable and which can prove so elusive. Navigating the process of learning Tai Chi’s internal subtleties requires a qualified teacher… in this regard there is no shortcut.

Tai Chi Chuan can certainly be many things to many people, but one thing it will do for anybody who practices it is to slow them down, even if just for the duration of practice, It serves at the very least as a model for reprieve from the out of control pace of modern life. As one flows through the slow and gentle moves of the Tai Chi form sequence the whole psycho-physiological system relaxes (parasympathetic response), including the cardiovascular, nervous, and endocrine systems. Notably, this produces a rejuvenating effect rather then a dulling of the mind or body as one might expect with such a deep level of relaxation. Surely Tai Chi, in relaxing the body as well as the mind and calming the spirit, is as an oasis for modern man from many of the stresses and distractions of life in today’s world.